There’s stuffed grape leaves, a combination lamb and veal gyro, a pan-fried liver dish that is a Turkish tradition, and a lamb shank that is a specialty of Chef Mehmet Ergin.
It’s made confit, cooked for six hours and so tender, they say, you don’t even need a knife.

Chef Ergin grew up in Bolu, Turkey, a city near the Black Sea famous for producing the country’s top chefs, a cooking tradition that dates to the Ottoman Empire.

Ergin started cooking in high-end hotel restaurants 16 years ago, first in Istanbul and then the United States. That’s where he met his now business partner, Eric Tunc, who also grew up in Turkey.

They named the restaurant Pera after a famous neighborhood in Istanbul, and the walls are a celebration of their homeland with touristy pictures, handmade plates from Istanbul’s Grand Bazaar, one of the world’s largest and oldest covered markets, and the evil eyes that are famous in Turkey.

The menu is mostly traditional with some modern twists. There are lots of meat dishes, especially lamb, but plenty of vegetable options too.

The chef’s combo platter is a selection of six vegetarian appetizers-from hummus to babaganoush and atom, smoked eggplant with yogurt inside.

You can have baklava for dessert but there’s also a sweet and salty dish that’s popular in southern Turkey called kunefe. It’s shredded phyllo dough stuffed with sweet cheese and topped with a sugar syrup.

At Elwood in Fishtown, chef-owner Adam Diltz makes the dishes he grew up on in Northeastern Pennsylvania.

He specializes in game meats and local fish – including shad, ‘the original fish of Fishtown’ – many served whole, the way his grandmother did when Adam’s grandfather (Elwood Andreas) would bring home such after taking Adam hunting.

Antique dishes and silverware complement the aesthetic, and a tea service is offered on weekends. 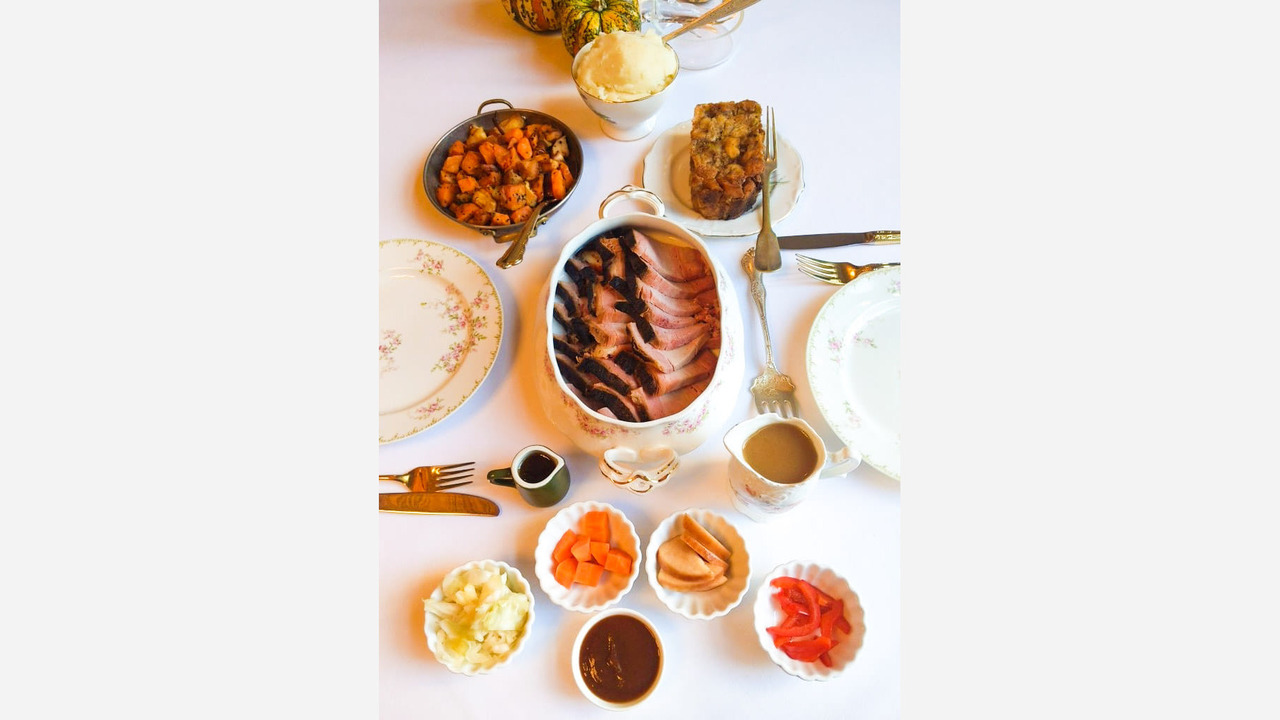 Localish Presents: Faller’s Pretzels
Wondering how pretzels became such a popular snack? We found the birthplace of pretzels in America and how they went from locally produced soft pretzels to mass produced hard pretzel must-have snacks. The region surrounding Reading, Pennsylvania is rich with pretzel makers dating back to the 1700s when German immigrants settled in the area. Now some of the oldest pretzel makers and most popular brands call the region home and it has become a hub or distribution of the snack across the United States.

Pretzel Workz has an entire menu based on the Philly pretzel
Owner-chef Shakira Gray loves Philly pretzels so much growing up, that she built a business around dishes that she creates using pretzels.

At Pretzel Workz, she makes burgers on pretzel buns, pastas served in pretzel bowls, and pizzas with a pretzel crust.

The motto has always been ‘we put the works on everything’, and it seems there’s nothing off limits that Chef Shakira can create using pretzels. 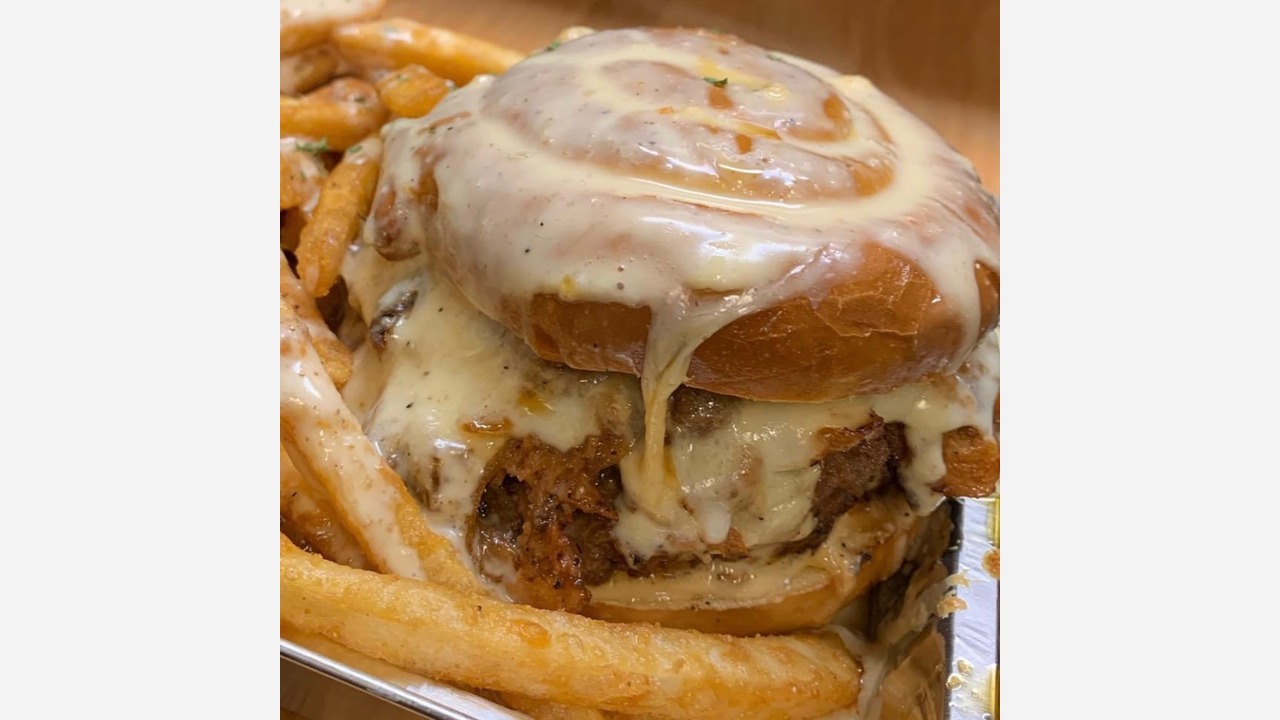 At Pitchers Pub, chef Big Rube is serving up Black food, culture
At Pitchers Pub in Manayunk, you can grab a beer, watch the game and get some grub from Reuben, aka Chef Big Rube, Harley.
It is, he says, a dive bar with elevated flavors.
His fried chicken is double dredged and buttermilk free.

Order the chicken bites and they’re tossed in the homemade pepper relish he calls “Baby Mama sauce” and served on a bed of fries.

Come for the food and you’ll hear some of Big Rube’s stories.

His brother is a Juilliard-trained choreographer who counts Beyoncé’s Halo video among his credits.
His mother was a seamstress for Muhammad Ali’s wife, and Big Rube himself wears many hats- photographer, fashion guru, writer, baker and cookie maker. He has a line of cookies called Big Rube’s Infamous Chocolate Chip Cookies.

He partnered with Baseballbbq.com to sell his Big Rube’s Diamond Dirt Rub.

And two decades ago he teamed up with Mitchell & Ness to make old school jerseys.

He wears a cast iron pan with a portrait of a Black chef hanging around his neck, a conversation piece that symbolizes culture.
And it is the culture that is the connection between all of his passions.

The original cuisine of America, he says, is Black folk cooking.

And if you love his food, Big Rube says, you’ll love him.

And then there’s nothing you can’t talk about.

You can find all of his sweet and savory pies at the shop’s newest location in Old City.

Each month there’s a new specialty pie flavor added to the menu.

Specialty flavors include chocolate covered strawberry for Mother’s Day, and barbeque favorites into the summertime.

His shop survived the pandemic by serving pies through a side window.

In coming up with the concept, he needed to find a way to serve pie on-the-go without the mess.

That’s how the Little Susie’s hand pie was born.

One Northern Liberties houses the best of two Philly fashionistas
70 Six Boutique is a celebration of owner Lindsey McKinney’s love of fashion.

She opened the shop in November, a fourth grade teacher turned entrepreneur.
Her shop is filled with things she loves and thinks others will too-from home accents to jewelry and accessories and easy breezy pieces that can multitask, going from casual daytime to dressed up for an evening out.

Among the brands she carries is Waves Swimwear, from Raelia Lewis, a 2014 Alum of “America’s Next Top Model.”

Lewis has a jewelry business too, called Accessorized-carrying everything from purses to earrings to diamond rings. Most of the items are between $12-$20.

Lewis decided to build her personal brand when the pandemic hit, modeling gigs dried up and, she says, she was tired of always looking for someone to pick her.

She taught herself how to build a website, learned all about photography and lighting and hired local models to showcase her swimsuits, taking care to show all body types.

Lewis also hosts a podcast and she’s the author of two books, with a third in the works.

She describes herself as a model-preneur, using her modeling as a catalyst to build her brands.

Philly POPs to perform hallmark Gershwin series at Verizon Hall
The Philly POPs are celebrating the sounds of Gershwin. Karen Rogers has the story in this week’s 6abc Loves the Arts.

Philly POPs’ ‘S WONDERFUL! ‘S GERSHWIN! will highlight the stunning catalog of George and Ira Gershwin, featuring hits from Porgy and Bess, An American in Paris and Shall We Dance.
“They’re really considered the quintessential American songwriters,” says Byron Stripling, Guest Conductor for the Philly POPs.

Stripling will lead the orchestra.

“One of my favorite stage personalities,” says David Charles Abell, Director and Principal Conductor of the Philly POPs.

Stripling is also a trumpeter, who played with the Count Basie Orchestra and countless jazz ensembles.

“I’ve played it all over the world,” says Stripling.

He says George Gershwin was influenced by classical music as well as the Great Migration.

“Black families moving from the South all the way up to the North. Negro spirituals gave him Porgy and Bess,” says Stripling.
He and brother Ira took Ragtime rhythms and fused them into their own style.

“They changed the world with their music,” says Stripling.

Broadway stars Ryan Silverman, Nikki Renee Daniels, and Allison Blackwell are all guest vocalists who will be belting out some all-time favorites.

“Songs like Lady Be Good and The Man I Love,” says Stripling, “Summertime And the Living is Easy. We often call that song the Jewish blues, because it’s so imbued with the spirit of blues, but it’s composed by these amazing Jewish composers.”

Pianist Charlie Albright will join the concert as well.

“Charlie will of course be playing Rhapsody in Blue,” says Stripling.

The POPS played Rhapsody in Blue at their first-ever performance in 1979 and it became longtime music director Peter Nero’s signature song.
“This is the first time in 10 years that Rhapsody in Blue has been performed. It’s really a hallmark,” says Stripling.

Reservations are required and skating sessions last one hour.

There’s a beer garden right outside the rink with everything from burgers and fish tacos to the fluffernutter churro with peanut butter, chocolate chips and honey.
You can get cocktails like the Jim Beam orange creamsicle cocktail or the Hornitos cocktail in an adult-style sippy pouch, and it’s all in the shadow of City Hall.

The Wilma Theater is staging a production from a world-renowned Russian director.

The Cherry Orchard is a new adaptation of a classic play by Anton Chekhov.

Director Dmitry Krymov’s adaptation centers the story around a Russian family facing the loss of their home and their power.
Krymov says he wants to “show the critical situation that humankind is in right now.”

A tragedy filled with physical humor, The Cherry Orchard runs through May 1.

Victoria McCutcheon has a passion for curls, but she was frustrated by the fact that few stylists knew how to properly cut and style curly locks.

Already a trained hairstylist, she taught herself the tricks first because, she says, it’s not taught in hair school.

She practiced on friends and on wigs she wore.

She then opened her Tori Did That Salon on Headhouse Square last summer and quickly found her client book filling up.

She says women have always been taught that straight hair is more polished and professional but she wants to help more women embrace their locks in an environment where they feel comfortable.

Media Perspective News
We use cookies on our website to give you the most relevant experience by remembering your preferences and repeat visits. By clicking “Accept All”, you consent to the use of ALL the cookies. However, you may visit "Cookie Settings" to provide a controlled consent.
Cookie SettingsAccept All
Manage consent